Today’s workers frequently push their employers to offer remote work options or improved flexibility. What benefits could decision-makers expect by agreeing to do these things?1....

Today’s workers frequently push their employers to offer remote work options or improved flexibility. What benefits could decision-makers expect by agreeing to do these things? 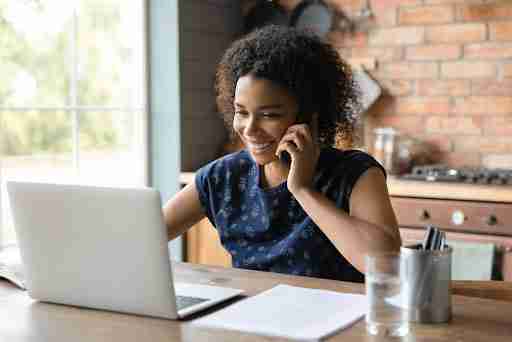 Depending on when they happen and how much they affect the overall workforce, sick days can cause significant adverse impacts on companies. However, a study from the United Kingdom found that people who work from home take sick days less often.

The people involved in the study noted that the difference may have been due to people being genuinely unwell while at home but still feeling up to getting some work done. Additionally, they mentioned that having more people working from home could have minimized the circulation of illnesses passed around offices.

2. Better Performance Due to Improved Rest

It’s hard for sleepy employees to feel motivated and focused, even if they love their jobs. This reality is frustrating for the people trying to stay awake at their desks and the employers who want their workforces to have high focus while on the clock. A study found that 64% of respondents noticed enhanced job performance due to that employment arrangement.

The associated flexibility was a major factor in that benefit, though, since 57% of those polled found that having the option to take a nap during the workday helped them do better in their work. Relatedly, 74% of respondents said their overall sleep quality had improved because they enjoyed a better work-life balance.

Additionally, 69% of people believed their experiences at work affected their sleep quality which, in turn, impacted their mood and focus during the day. Remote and flexible work may not be the complete solutions to getting better rest, but as these statistics indicate, they could help.

Research also indicates that remote work benefits could make it easier for employers to fill open positions and keep the employees they have. One study found that 59% of knowledge workers viewed workplace flexibility as a more important benefit than salary. Additionally, 81% of people surveyed felt workplaces that embraced a hybrid work model would be more competitive in the future.

In another study, 58% of people working remotely said they would look for other employment if told they had to return to the office. Relatedly, 46% felt concerned that returning to the office would negatively impact their flexibility, while 43% believed it would worsen their work-life balance.

Of course, company leaders must do more than allow employees to work from home or have flexible schedules, especially when hiring new people. One study showed that thorough and robust onboarding programs could cause an 82% improvement in the retention of new hires and raise their productivity.

In the early stages of the work-from-home shift, many workplace leaders worried that their team members would become less productive if allowed to work outside of their offices. However, for the most part, that hasn’t happened. A study from Owl Labs indicated that 90% of remote workers were as productive or more so at home compared to when they were in their offices. Only 1% of workers said they were much less effective at home.

Other findings included that 49.3% of respondents had a dedicated workspace, while 26.3% worked in their bedroom. Another 24.4% worked in a room shared with someone else. Research conducted elsewhere showed that 74% of businesses planned to transition at least some employees to permanent remote work after the pandemic. Company leaders will likely get the best productivity from their remote teams if they get feedback about their work conditions first.

Although researchers have recently become especially interested in learning more about remote work benefits, investigations into the matter have been going on for decades. In one recently published study, a team looked at data from 2002 to 2018 to determine the impacts of remote and flexible work on people’s well-being.

One of the findings was that people who had the option to change their schedules experienced a 20% reduction in job stress and a 62% increase in job satisfaction. However, one potentially unexpected takeaway was that working from home increased the likelihood of job stress by 22%, but it also brought a 65% boost in job satisfaction.

Another finding from the study was that workers don’t necessarily need to have a lot of workplace flexibility to feel happy with their jobs. More than 92% of people who had any amount of flexibility were satisfied with their employment.

Numerous things, ranging from relationship trouble to financial difficulties, can cause people to feel mentally distressed. However, a recent study revealed that 58% of respondents said work was their top reason for mental health challenges. However, flexibility was a primary theme of the study. About 87% of those polled said they wanted control over their schedules and to have their performance measured solely by results rather than hours on the clock.

Another 46% said their mental health would be better if they could work a four-day week. Additionally, 36% said they’d see such an improvement if permitted to work whenever and wherever they wanted.

However, it’s worth noting that 57% felt too much work flexibility could be a bad thing and that they wanted to retain some sort of structure to keep a clear separation between their work and home life.

Remote Work Benefits Are Not Guaranteed

This list breaks down some of the known perks associated with letting employees work from home or giving them schedule flexibility. However, workplace decision-makers who want to see the biggest advantages for their organizations must realize that success is somewhat within their sphere of influence.

For example, a remote worker won’t find the work-life balance they want and need if their supervisor regularly emails them after hours and expects an immediate response. Similarly, someone who receives more flexibility in their schedule may not like that change if they simultaneously get larger, unmanageable workloads.

Decision-makers must do what they can to make remote and flexible work mutually beneficial. That provides the best chance for everyone to reap the rewards.