4 Steps to Building an Entrepreneurial Culture

Drive entrepreneurial spirit in your own organization.

Drive entrepreneurial spirit in your own organization.

In my book Achieving Longevity, I celebrate the positive power of the business corporation by studying companies that have managed the difficult task of staying in business for decades, even for a century or more—companies like Honda, IBM, and 3M.

What I found is that the success of these enterprises is tied to a culture of entrepreneurial thinking. They strive to adapt to market needs that vary over time and seek out a change in response to broader demographic, technological, global, and social shifts.

On the other hand, my research also showed that most companies follow a pattern of abandoning their entrepreneurial roots after they become successful. They seek to protect what they have, but the inability of rigid, stodgy firms to change with the times causes them to devolve eventually from success to failure. 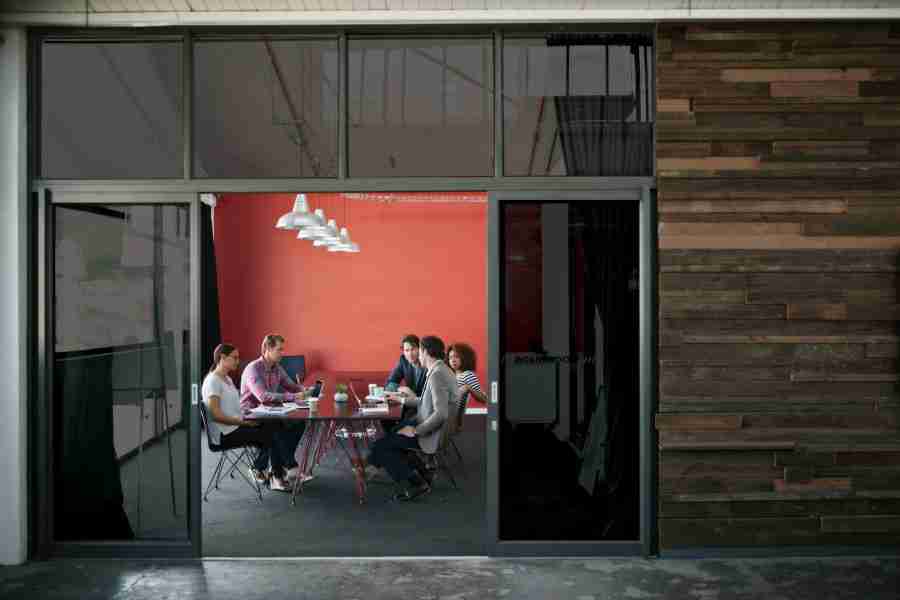 Ironically, it’s large firms—with their money, brainpower, leadership, sales channels, research facilities, customers, and status—that are best positioned to be entrepreneurial. Think of it: startup entrepreneurs have ideas but no money, networks, customers, suppliers, or credibility to follow through on those thoughts.

It is the established corporations that have ideas plus money, people, and credibility to make a difference, yet they instead choose to become rigid, risk-averse, and focused on cutting costs. Instead of concentrating on the big picture and thinking about where the next big opportunities may lie, large enterprises seem to contract creatively.

So, how do firms develop and adopt an entrepreneurial culture? In the interest of brevity, I will outline four steps, but I also want to caution that following a formula is not a path to change: each firm must derive its individualized path.

Establish a clear narrative of entrepreneurial success within the firm.

This demands a highly egalitarian and transparent organization in which employees feel comfortable asking the boss questions and making mistakes (but learning from those mistakes). It should be entirely plausible that any team member with the necessary skills and abilities can rise to the top.

Entrepreneurial organizations require risk-taking and bold initiatives, which are best narrated through stories that demonstrate equality, security, and an absence of central control.

Robots & Pencils (R&P) is a radical new firm dedicated to building mobile apps with 77 million users across 169 countries. Michael Sikorsky, the engaging CEO of R&P, has developed an organizational culture that starts with a profound respect for the distinctiveness of each employee.

When someone breaks a rule, Michael is likely to ask, “why is there this rule?” Michael also makes it clear that any of his employees can, if they want, rise to the top. The equality is demonstrated in other ways, such as through sharing financial benefits.

Identify the idea generation path most suited to the organization.

One such path is “bricolage”—best described as “making do with what one has” to meet a customer need. Another possible way is “effectuation”—in which entrepreneurship is driven by discoveries within the firm. 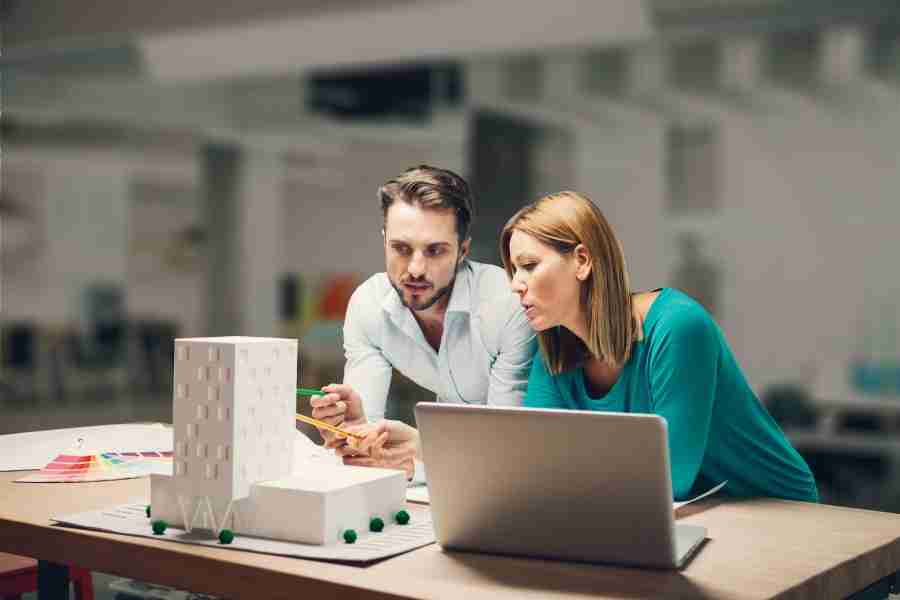 To understand bricolage, picture the movie Apollo 13 when the NASA lead throws a bunch of spaceship parts on a table and tells the team to “build an air exchanger”. The engineers are dazed and confused, but by “making do with what they have,” they develop an air exchanger and an assembly protocol that saves the lives of three astronauts in space. Another readily recognized bricoleur is TV character MacGyver. Each week he would use only the materials handy to create a transistor radio or a bomb—or whatever was needed.

By comparison, effectuation is a methodical process of developing an idea to the point of commercialization. Effectuation is often connected to a resource rich environment (not money, but accomplished scientists, effective discovery processes, etc.), whereas bricolage is tied to strong leadership and a vision of a new future for the firm.

Entrepreneurial cultures can include both but rely on one or the other. Choosing the right fit for the organization can provide a cornerstone for entrepreneurial sense-making by employees.

Discovering opportunities can be a highly planned and purposeful corporate action or can happen by accident. Purposeful discovery is a matter of prioritizing, setting aside the always-present tasks of the day, pulling an interdisciplinary team together, and giving them the encouragement and freedom to explore ways to do things differently.

Opportunities are also discovered accidentally. Harvard professor Clayton Christensen shared a story of consulting to a quick service restaurant, trying to exploit an unexplained explosion of milkshake sales in early morning hours. They wanted to ensure they effectively captured the market—was there a particular flavor that would be attractive? Instead, Christensen asked why instead of who or what. Why are people buying milkshakes at 6:00 am—what job is the milkshake doing?

What he discovered was that early morning commuters could not rely on coffee to keep them awake on their early morning commute. Coffee was hot at first and then would cool and not taste fresh. Milkshakes, however, are thick and viscous, requiring concentration and intense suction to draw up the straw, and are cold to hold onto. This kept people awake, and took 20 to 30 minutes to drink—the typical commute time. The job to be done was nourishing the driver during the morning commute

To become an entrepreneurial organization, middle management needs to be effective at bridging and connecting the message and direction from the top with the actions and engagement on the front line. This requires courage, confidence, and commitment at the middle management levels—a critical element often overlooked in the implementation of organizational strategy.

Central Memorial High School is a school on the fringe of an affluent suburban district, built to serve the children of the affluent population in the southwest part of Calgary, Canada. Over time, local student numbers were dropping, and the school board was considering closing the school. 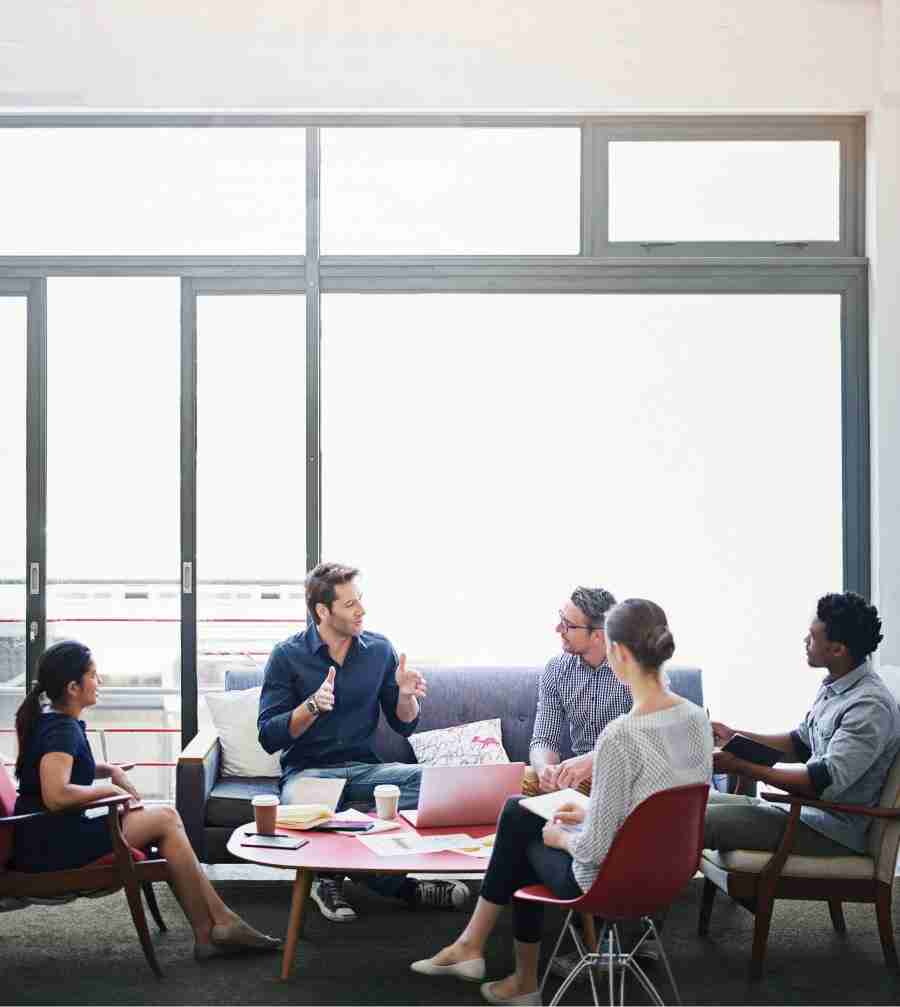 They turned to an innovative-thinking principal, Jeff Turner, and asked him to take on the leadership of the school and consider options to increase attractiveness for students.

Jeff worked with Fine Arts Department Head, Bob Chudyk, to leverage the school’s reputation for a robust fine arts program into a focused strategy for specialization. With support from senior leaders, action and leadership from the school level were critical in making the plan work.

The new focus ultimately changed the programming, bringing the energy and creativity of the performing arts into social studies, math, science, and so on. A telling sign of success is that the school administration required additional resources, not for the program, but to deal with the constant onslaught of inquiries from other schools, school boards, administrations, etc.

It is important to stress that organizations are organic and uniquely distinct. There is no magic formula that will transform an organization from stodgy to entrepreneurial, but hopefully, these steps will help guide business leaders in their pursuit of longevity.

JIM DEWALD is the author of ACHIEVING LONGEVITY:  How Great Firms Prosper Through Entrepreneurial Thinking. He is the Dean of the University of Calgary’s Haskayne School of Business and an Associate Professor in strategy and entrepreneurship. Prior to entering academia, he was active in the Calgary business community as the CEO of two major real estate development companies and a leading local engineering consulting practice, and president of a tech-based international real estate brokerage company.