A 3D Printed Car is Coming Sooner Than You Think

A 3D printed car or a 3D printed house is difficult to manufacture because of scale. New technology is changing that.

A 3D printed car or a 3D printed house is difficult to manufacture because of scale. New technology is changing that. 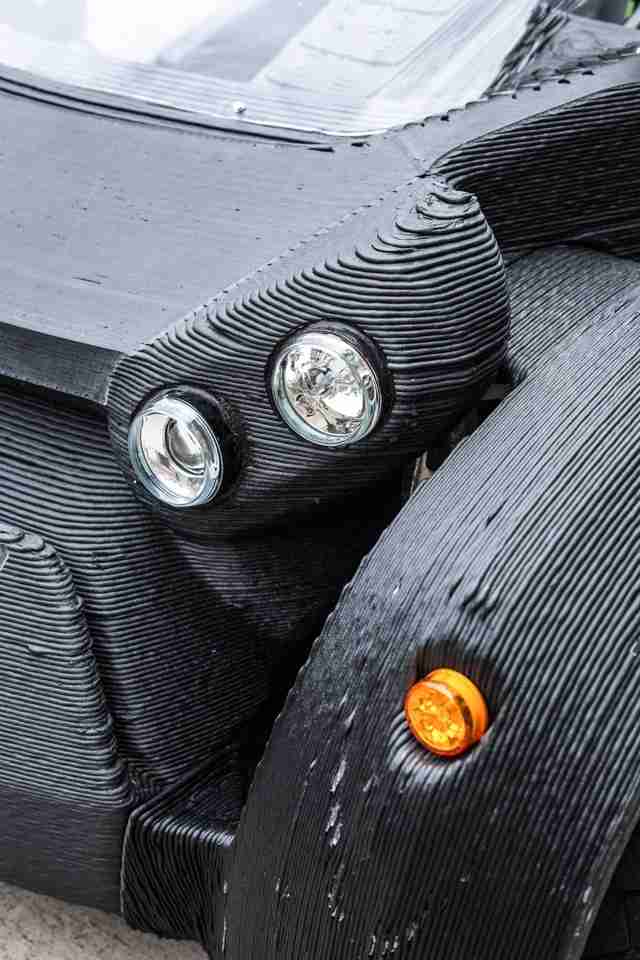 While the concepts are still in exploratory stages, the advent of the 3D printed house and the 3D printed car is already at hand. Current manufacturing techniques haven’t changed in a century or more, suggesting that it’s time to look at new, more efficient ways to build high-cost products like homes and vehicles. Is 3D printing the answer?

Manufacturing: Stuck in a Rut?
That’s more than a figure of speech. The basic methodology for building vehicles hasn’t changed since Henry Ford started building the Model T. Robotics has altered the assembly method, but the actual process of building cars on assembly lines is time-consuming and costly.

Jay Rogers, Co-founder and CEO of Local Motors, took up the challenge and created a 3D printed car. While that vehicle is still rough, it proves the point that 3D printing can, and almost certainly will, change automobile manufacturing dramatically in the very near future.

Ford uses 3D printing technology to speed up the development of new designs and allow one-of-a-kind elements to be added to vehicles easily.

Do Marchionne’s and Ford’s efforts serve as harbingers of things to come for the 3D printed car? Almost certainly.

Divergent Technologies has already disrupted the industry status quo by introducing the company’s Blade car and Dagger motorcycle at CES 2017. The vehicles demonstrate that 3D printing does work and can be applied to manufacturing products using a variety of materials.

The KRAKEN Project is working to overcome an issue commonly plaguing manufacturers. When additive technologies are used alone, as is often the case when using 3D printing, there are problems with the completed product’s finish.

But the KRAKEN Project is exploring ways to use subtractive techniques to improve a project’s finish. If successful, the project will resolve the issue of rough finishes, which is crucial for a 3D printed car, other large-scale automotive construction, and other industries.

Is 3D printing ready for full-scale adoption? Ford and Divergent are proving the technology is ready to meet the demands of high-quantity manufacturing environments.

Rogers’ approach is also important, as it demonstrates the ability of smaller organizations to develop new products without the fanfare and funding of behemoths like Ford. Some issues still need to be overcome, but the reality of 3D printed vehicles is here now.

Housing: New Homes in a Day?

Building homes is another labor-intensive endeavor, requiring countless hours of expensive human input to complete homes. Those high costs keep home ownership out of reach for many people in this country and make homeownership virtually impossible in other areas of the world.

Apis Cor recently challenged current construction practices with its development of a 3D printer large enough to print a home. The company partnered with PIK, Samsung Electronics Co., and Technonicol Corporation, along with other companies, to develop new techniques and overcome obstacles present when printing large projects.

The company used concrete to print a home in a single day. While the home is smaller than many of today’s homes, the experiment proved the technology works and can be used to construct new homes far faster than traditional construction would allow.

3D Printing: Ready for Prime Time?
While there are still issues to overcome, it’s increasingly apparent that 3D printing is on the cusp of seeing common use in a wide variety of manufacturing and construction settings.

Certainly, companies like Apis Cor will need to develop the capacity to manufacture the large-scale printers necessary to make their printing visions realities, but that’s likely to occur rather quickly since the demand will drive that type of development.

The current costs per printer are still high, but the value of 3D printing is already apparent, which should lead to cost reduction per machine rather quickly. The costs of smaller printers have already dropped dramatically at the same time as competition from several producers has improved the quality of available printers.

It’s likely that similar economies of scale will occur as larger printers are designed to meet the production needs of automotive manufacturers and builders.

The next generation of robotics and 3D printing will accelerate the capabilities of large-scale 3D printing capabilities, making it likely printing of other products will quickly follow. For now, though, look for Ford and other large companies to begin adopting 3D printing to create entirely new manufacturing opportunities.