The innovation behind the 3D heart was possible because of a unique collaboration between Caterpillar Inc. and OSF HealthCare.

The innovation behind the 3D heart was possible because of a unique collaboration between Caterpillar Inc. and OSF HealthCare. 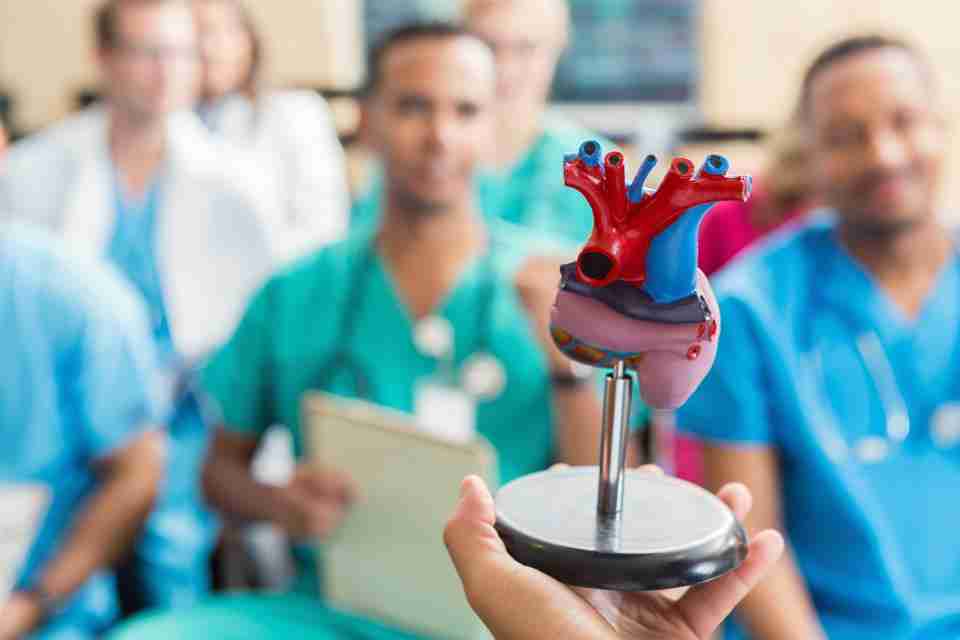 Who would have thought that a construction giant would build something that could save a life?

Caterpillar Inc., the world’s largest manufacturer of earthmoving equipment teamed up with OSF HealthCare to design successful 3D printed hearts. This unique combination of industrial and medical technology has proved to be a game-changer for imaging and heart surgery.

The revolutionary heart surgery that was made possible by the unlikely partnership was performed on 45-year-old farmer Ty Dozier. He underwent open-heart surgery in July to solve a congenital heart condition in which the left ventricle of his heart thickened, blocking blood flow.

Doctors had no choice but to slice out a section of overgrown muscle inside the heart and they succeeded. The result? Dozier could breathe again.

“I was losing my breath easily and coughing a lot,” Dozier said. “I feel like an elephant has been lifted off my chest.”

Illinois-based OSF HealthCare and Caterpillar Inc. in Mossville laid the foundation for modeling an individual’s anatomy before the surgery, helping the surgeons to successfully operate. 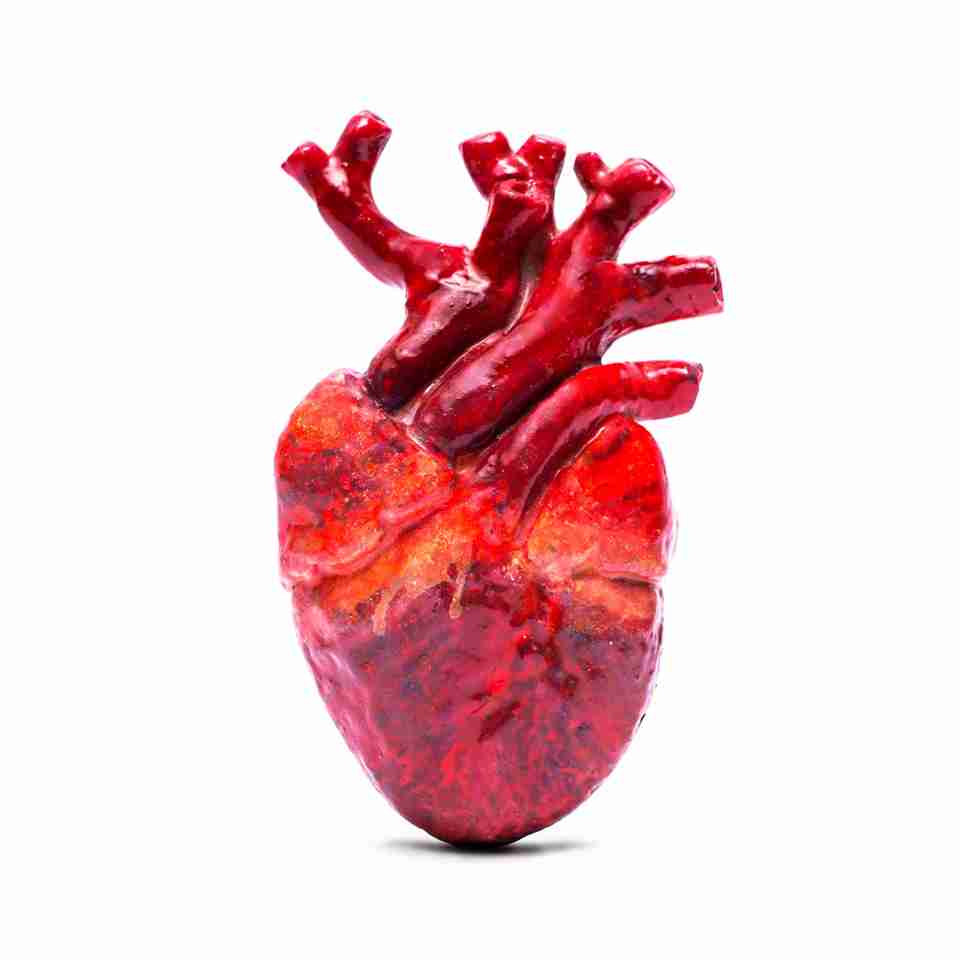 The concept of 3D representations of a patient’s organs and advanced visualization is so new to medicine that no framework exists. To tackle this issue, OSF’s Jump Simulation Center and the American Heart Association Midwest Affiliate collaborated with the National Institute of Health (NIH) to establish a 3D Heart Library in Peoria, Illinois.

At this center, 3D heart models are designed and the potential of 3D modeling as a whole is decoded for surgical R&D surrounding congenital heart disease in particular, pediatric education which otherwise could be challenging to teach by textbook, and other applications.

The 3D models of hearts are created using data from a patient’s 2D images like x-rays, MRIs, and CT scans. These models can be displayed either in a printed form or in virtual reality.

The library is already helping cardiologists analyze and experiment with anatomical models—such as the one used for Dozier—to make improved medical decisions resulting in better surgical outcomes for patients.

Focus on the Quality of Research

The peer-review process for 3D modeling is apt for studying congenital heart conditions because the defects caused by the disease are unique to each individual patient. The partnership between Jump Simulation and Caterpillar provides the much-needed refinement.

Dr. Matthew Bramlet, Pediatric Cardiologist and Lead Investigator, Advanced Imaging and Modeling along with Jump is currently working on creating exact replica models of children’s hearts. Having a physical model of a heart in hand can help in better understanding defects and finding potential ways to treat them.

“We’ve changed diagnoses and plans based on these 3D models,” Dr. Bramlet said.

In a few cases, 3D heart models identified a defect other imaging couldn’t. This encouraged Dr. Bramlet to expand the reach of this breakthrough beyond the Heart of Illinois and focus on quality control. 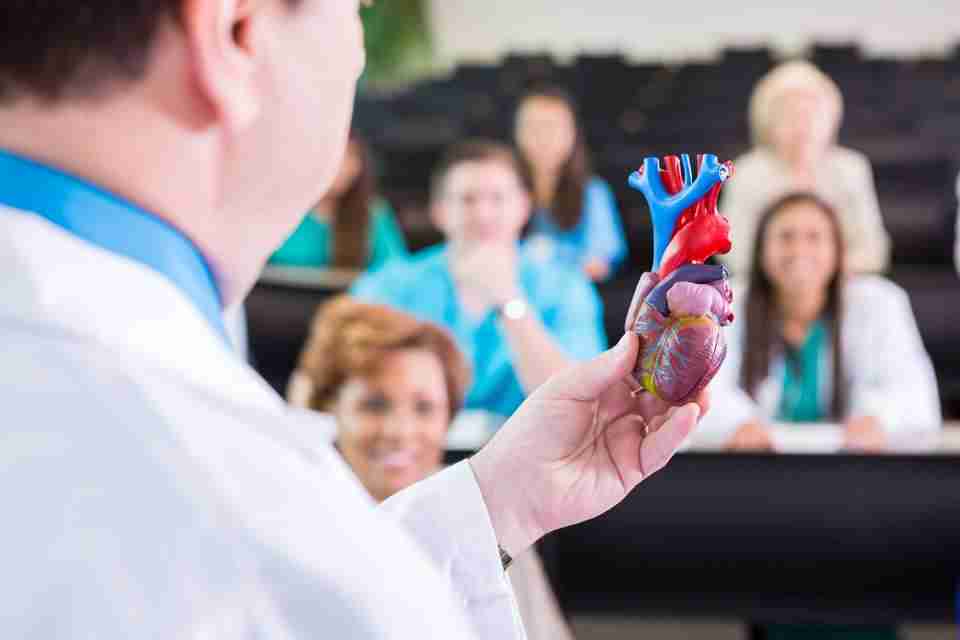 “Not everybody has been impacted by the 3D model yet, but if you were to interview surgeons around the nation who have held a 3D heart in their hand, they’ll say they won’t operate without it,” said Dr. Bramlet. “Every time we print a 3D heart, I learn something new about that heart.”

“There were in the past scenarios where you would go to the operating room thinking the anatomy was one way because of all our imaging then open the heart up and discover that things were not exactly how you had anticipated. This has been a game changer because I can sit at my desk the night before the operation and actually open the hearts up,” explained Dr. Mark Plunkett, Pediatric Heart Surgeon, who also performed the surgery on Dozier.

Jump has received a generous $10 million grant from its founder William Shepard, and  will use that amount towards expanding its 3D Heart Library. Notably, the $10 million endowment will allow Jump to 3D print patient-specific hearts without having to charge the patient.

So far, the 3D Heart Laboratory has designed about 60 hearts, shipping to over a dozen different medical institutions nationwide.

Jump also wishes to continue to educate surgeons about advanced 3D medical visualization, as well as the public at large through a number of presentations at museums and STEM related events.

The 3D heart lab is only the beginning.

Jump Simulation Center, along with Caterpillar, is working to make hearts out of more life-like materials like silicone, outreaching its own capabilities.

“To get the full capability of a 3D printer, you have to have to have engineers who know how to use it. And so many 3D printers that have popped up, don’t,” said Dr. Bramlet. “There’s no doubt in my mind that the models we’re getting from Caterpillar’s lab are top-notch, because you don’t just have a printer. Your engineers are top-notch and you have quality. That’s remarkably demonstrated when we get a model back.”

Jump’s previous renderings of 3D heart models lacked two critical characteristics: scale and texture. In Dozier’s case, his swollen heart condition made it difficult for Jump to create the exact model, and Jump’s printing technology created rigid prototypes, giving cardiologists the look but not the feel of the organ.

Dr. Plunkett worked on the model of Dozier’s heart the night before the surgery, preparing himself to remove the blockage with the minimum use of the scalpel.

“It’s a bit of a tricky operation, because you want it to be enough but not too much,” Dr. Plunkett said. “Ideally, you want to do a single incision and then cut.”

Caterpillar’s heart printing technology has a manufacturing benefit, too. According to Eric Halla, an engineer in Caterpillar’s Additive Manufacturing Marketing and Digital Division, product design that incorporates organic shapes can lead to the same type of efficiencies found in aerodynamics.

“Just as the airline industry went through a time when they began simulation to improve quality, healthcare is going through that right now,” said Dr. Bramlet.

According to Dr. Plunkett, being able to print 3D hearts is groundbreaking considering where medical science has come from in the last say two or three decades in terms of pediatric heart surgery.

But like everything, there’s always room for improvement. Right now, the process of creating 3D heart prototypes is itself a prototype, but one which has tremendous potential.

So where is this study heading next? Dr. Bramlet has an ambitious goal to move beyond 3D printing, creating a database and setting the stage for big data to take the current advancements to an unpredictable level.

“My goal is to have a beating-heart hologram sitting in front of a patient. In order to get there, I need better pictures being taken, I need better tools for removing the heart from imaging, and I need automated segmentation. With VR and AR, there is an opportunity to achieve the same level of understanding as with 3D models. We need to be able to interact with it in a meaningful way.”

With Jump’s support and Dr. Bramlet’s initiatives in the research, the goal doesn’t seem such a distant reality.