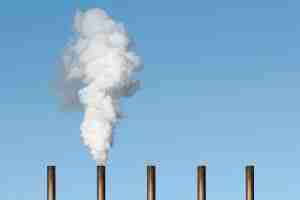 As COP21 participants unveil global solutions to combat an average temperature rise of 3.6 degrees Fahrenheit (2 degrees Celsius), discussions have notably veered away from the common vague promises and minimum standards of corporate responsibility. Nine companies have already submitted and received approval for specific “science-based goals”. Cutting carbon emissions through these corporate climate commitments would result in 2 billion barrels of oil not burned over the lifetime of their targets. The nine companies’ initiatives alone would prevent 573 million tons of carbon dioxide emissions alone.

Take a look at how 3 corporate heavyweights are dedicated to addressing climate change:

Ikea
A few of these brands are significantly invested in renewable energy, including Ikea. “We’ve made good progress in reducing emissions and have invested 1.5 billion euro ($1.6 billion) in renewable energy since 2009,” Ikea Chief Sustainability Officer Steve Howard stated. “We’re now setting a science-based target to keep us on track to build a low-carbon, better business.” 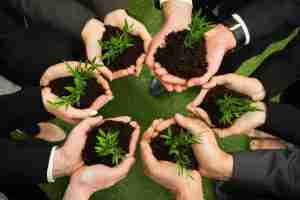 Philips
Lighting and medical device powerhouse Philips—a member of the corporate 100-percent renewable energy collective RE100—proclaimed an aim to hit carbon neutrality by 2020. Other members of RE100, include Google, Johnson & Johnson, Nike, and Starbucks.

Kellogg
Food companies are especially mindful of the extreme weather, food scarcity, and inflated ingredient costs that accompany global warming trends. Kellogg has already agreed to 15 percent reduction in 2015 emissions per ton of food produced by 2020, as well as long-term goals for the entirety of its value chain: cutting emissions from suppliers’ by 50 percent by 2050 and Kellogg’s own operations by 65 percent. “It’s a core business issue in terms of, can we have enough access to foods over time? Security of supply is critical to our business,” Kellogg’s Chief Sustainability Officer Diane Hordof noted.

While corporate climate commitments are largely voluntary in the U.S., the growing demand for united global efforts and transparent sustainability reporting are hastening the response to climate change.