Blazing through the O.C. 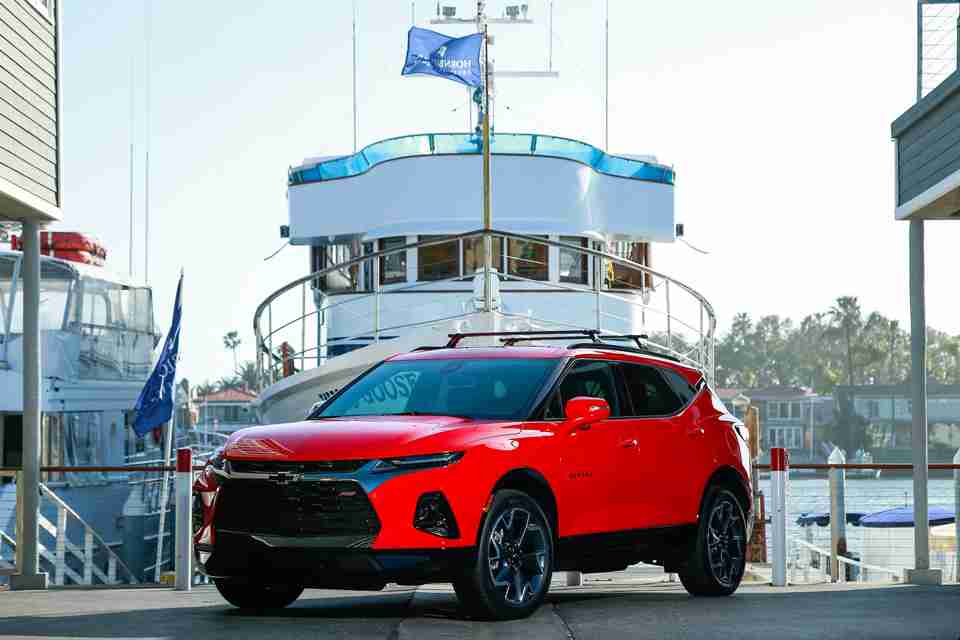 “Hop in, we’re going to the beach!” A familiar refrain to be sure for those growing up in Southern California. For me, more often than not this was an invitation to hop into my friend’s Chevy Blazer, which his dad had passed down to him. Back in the days when the quickest way to the beach from many parts of San Diego was over dirt roads, my friend’s inherited Blazer became synonymous with teenage trips to the beach.

Eventually, the Chevy Blazer was turned into a two-door and rebranded as the Tahoe. But for many, the Blazer lived on in memories of road trips and adventures along the coast, in the desert, up the mountains, and through city and suburban streets.

Fast forward to 2019 and the Blazer brand has risen like a phoenix from the ashes — reborn as a stylish yet rugged crossover utility vehicle (CUV). It was the familiar name of the 2019 Blazer RS that induced waves of nostalgia, but it was the smooth ride, luxurious interior, and all-terrain capabilities of its namesake that made a recent expedition to the heart of Orange County both possible and enjoyable. 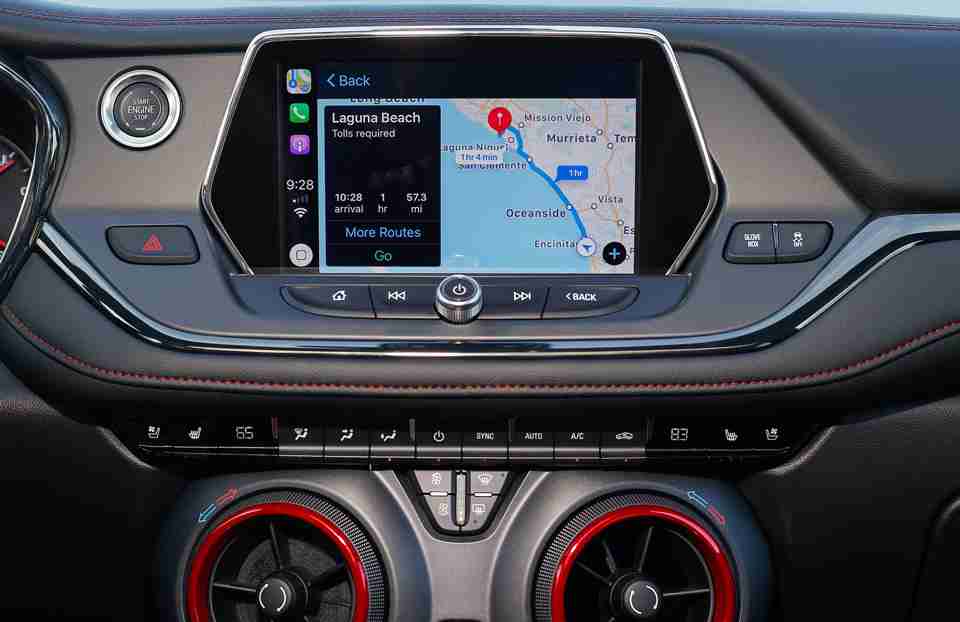 Highways in Southern California can be notoriously horrid, causing locals to spend more time in their vehicles than they would like. However, drives such as the 40-mile trek from Carlsbad to Laguna Beach are much more manageable when driving in style.

The Blazer RS, with its Chevrolet Infotainment 3 Plus integrated seamlessly with the iPhone and provided voice access to my entire music library which it fed through a state-of-the-art sound system. The time passed by quickly thanks to both the music and the 3.6L V6 engine and Hydra-Matic 9T65 nine-speed transmission that really showed off its power when the road opened up.

Equally important, the navigation system guided me directly to my home base for a two-day getaway, Hotel Joaquin — an inviting mini-resort on SR 1, blocks from the California coastline and part of the Auric Road family of “petite resorts.” After check-in and relaxing a bit looking out at the ocean and listening to the sounds of Joao Gilberto courtesy of the record player in the room, it was time for dinner. A short drive north to Newport Harbor for a sunset dinner cruise was calling.

Parking at the harbor can be difficult, with tourists and locals alike flocking to the area for dinner, whale watching, and the ferry to Balboa Island. Fortunately, in addition to the rear camera mirror, the Chevy Blazer features sensors surrounding the car that provide an overhead view of the car featured on the 8-inch screen right next to the rear view, allowing the mid-size SUV to be guided gently into even the tightest parking spots.

A sunset dinner cruise aboard a Hornblower yacht was an ideal way to end a day cruising along the SoCal coast. Afterward, another quick jaunt down the 1 in the comforts of the Blazer RS was in order, for a nightcap at the hotel bar and an early night in bed to get ready for another day. 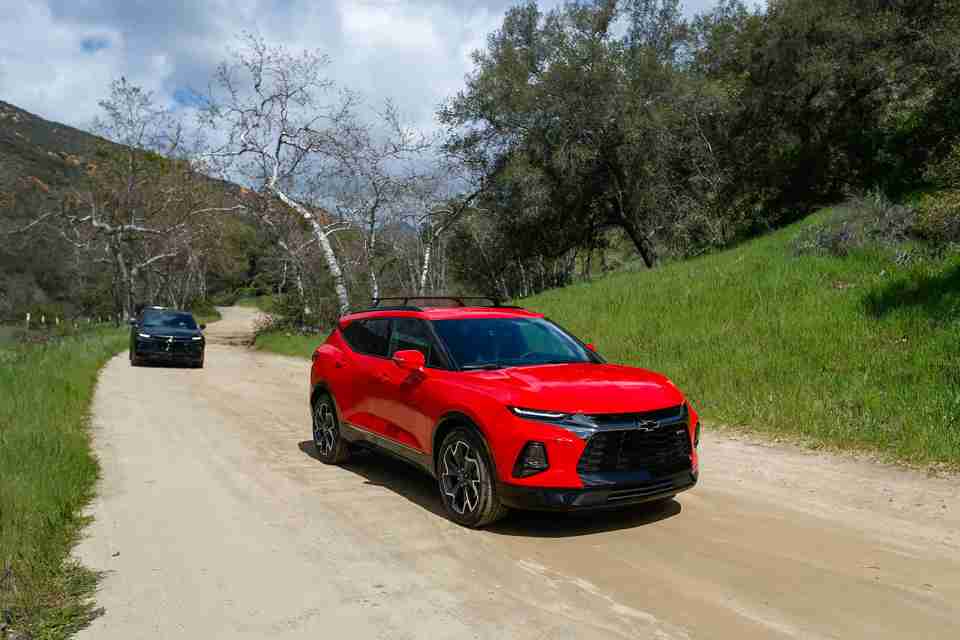 The second day of the Orange County excursion was going to be more physically demanding, so a breakfast at Saline, the hotel’s restaurant was necessary to be energized for the morning. A drive along the PCH, past the Ritz-Carlton, Laguna Niguel presented the perfect opportunity to open the windows and the sunroof of the Blazer for a true SoCal experience driving along the coastline on a sunny day.

Eventually, it was time to head east, to the foothills of the Santa Ana Mountains. Traversing the winding roads of Trabuco Canyon, the Blazer RS handled all the curves and dips smoothly and its safety features including forwards automatic braking and forward collision alert provide an extra sense of security when coming around a blind curve.

Before long, the paved streets gave way to dirt roads, many of which were littered with puddles of various sizes and depths due to recent rainstorms. A turn of a knob on the center console switched the Blazer from front-wheel to all-wheel drive mode, allowing for easy passage over bumpy roads and across a creek that had been resurrected by the rain after a decade of being little more than a trickle.

A hike up to an elevation of 1,400 feet revealed a canyon that was bursting with color from the wildflower bloom. Such a hike requires recharging, so after returning to the canyon floor it was time to unload the picnic lunch that had been packed. With more than 30 cubic feet of cargo space in the back (a number that increases to more than 64 cubic feet when the rear seats are folded down), there was plenty of room to pack an impressive spread.

Back to the Beach 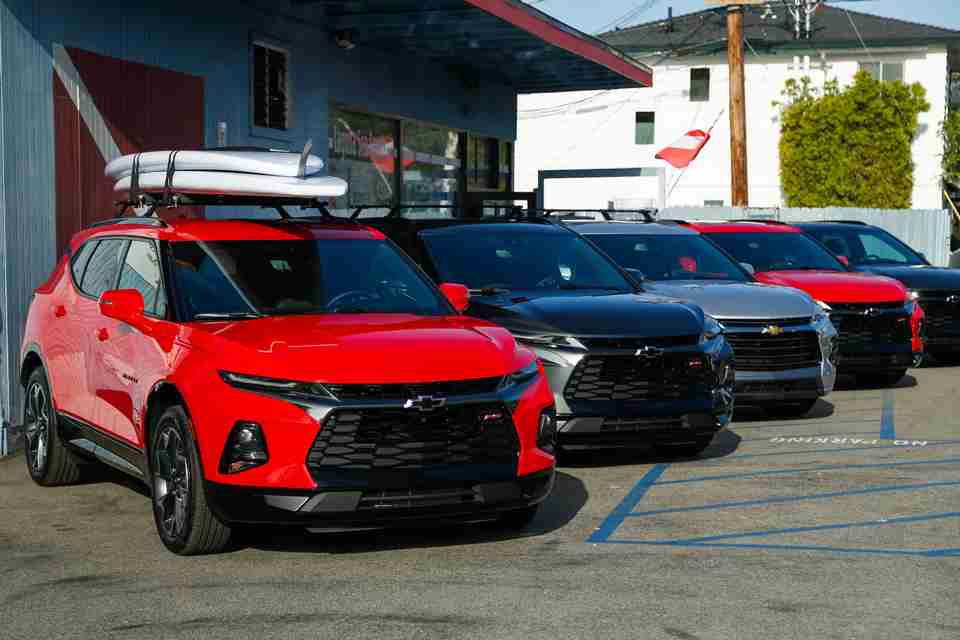 After lunch, it was time to head back to the coast. Fortunately, the Blazer’s roof racks were more than capable of carrying two standup paddle boards so there was no need to return to the hotel to pick up additional gear.

The ocean in Laguna Beach was inviting but cold, providing extra motivation for maintaining balance on the board. A few tumbles into the Pacific were a small price to pay to get out on the water. One of the unique aspects of Southern California is the ability to go from remote wild areas in the mountains and foothills to stunning beaches in a matter of minutes. Of course, this often requires the right vehicle, and the 2019 Blazer RS was up to the task.

Even after a day of vigorous exercise, loading the boards back onto the Blazer was a cinch, and the roomy interior made the short drive to the hotel extra comfortable.

While fans of the classic Blazer might miss its pickup chassis, the CUV more than makes up for it with new features such as the Lane Keep Assist with Lane Departure Warning, which makes gentle steering wheel turns to help guide the driver back into their lane and gently vibrates the driver’s seat when he or she is not staying in their lane. It is precisely such safety features that could make the 2019 Blazer another vehicle that parents feel comfortable sharing with the teenage drivers in their family.

An excellent vehicle for going from the mountains to the beach, the reborn Chevy Blazer is sure to earn a new generation of fans. Equally appropriate for driving the kids to school and sports as for off-roading with friends, expect to see the 2019 Blazer on all types of roads — driven by those who appreciate both luxury and adventure. 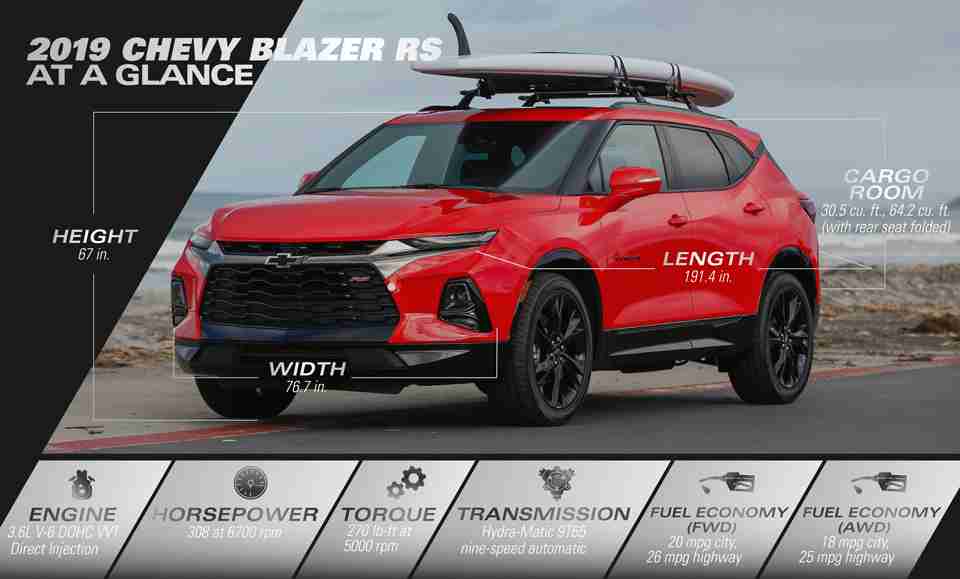